The "First and Third Double Steal" situation is when the batting team has a base runner at first base and a base runner at third base. Often times the offensive teams will put on a base running play to attempt and confuse, fool, or trick the defensive team into making a mistake that will cost them a run.

Every team must have a "First & Third Double Steal" defensive plan. Most teams have at least 3 or more defensive plays that they can call and execute to counter the offensive team's actions.

The 4 most common defensive plays for defending the "Double Steal" situation are:


If a tag is made at 2nd base, the middle infielder must make a swipe tag and come up checking the runner at third. Sometimes the runner at third will make a late decision to break for home when he sees a play being made on the runner at 2nd base.
When the catcher executes the full arm fake and throw to 3rd, he must come out in front of the plate a step or two to make sure that the throw will clear the runner.
If a throw is going to be made to 2nd, sometimes you can hold a runner at third by having the pitcher fake a cut.
When the middle infielder is faking a cut at 2nd, make sure that he comes early enough to clear the throwing lane. This allows the other infielder a clear view of the bad and will not block his vision during the throw.
Remember, when a fake cut call is made at 2nd, you must have the center fielder backing up the throw at 2nd because both infielders are in the box without a back up at 2nd.

I hope that you find this article useful. Have great day, Nick.

There are other calls and variations that I will cover in later articles. 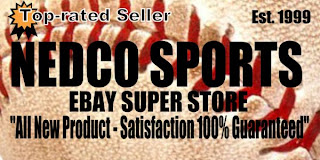