How Does a Composite Bat's Performance Get Better As it is Broken In? 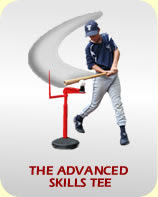 
How Does a Composite Bat's Performance Get Better As it is Broken In?
By Brock Gibson

By how much might a typical bat improve with use? A recent Master's Thesis from the Washington State University studied the performance of composite slow-pitch softball bats and the performance gains through various ways a bat might be modified. Three bats that were broken-in naturally by hitting balls. First, the bats were performance tested brand new, right out of the wrapper, in accordance with the high-speed cannon test (ASTM F2219) used by the ASA to certify bats. Then each bat was used to hit ASA certified 0.44 COR 375lb softballs 500 times in an indoor batting cage. Balls were pitched slow-pitch style, and batters were amateurs. After 500 hits the bats were ball speed tested again. Then another 500 hits and another performance check, and so on until 2000 hits were accumulated.

The outcome shows that all three of the bats showed noticeable gains of 2.5-3.5 mph in batted-ball speed after the first 500 hits, followed by a slight decrease in performance after 1000 hits. The evidence seemed clear - the performance of a bat can get better by quite a bit after the bat has been broken in naturally by using it to hit balls. What does a 3.5mph increase in batted-ball speed mean in terms of performance? The difference between a softball launching off a bat at 98-mph and a softball launching at 102.5-mph is about 31 feet in distance traveled. That could very easily be the difference between a pop fly to the outfield and a homer.

This improvement after break in poses a dilema for associations with bat performance standards and certification. All three bats started out meeting the 98-mph criteria tested new. However, after 500 hits, all bats are now above the 98-mph line. The ASA requires that a bat pass the certification test at any time during its useful life. So, from the ASA viewpoint, these bats three bats are no longer legal bats after they have been broken in. This is largely why the ASA has moved to begin breaking in bats prior to sending them out for certification testing - and why very few composite bats are able to pass the 98-mph certification performance standard after being broken-in.

CoachesBest.com has a great price on the Sweet Spot Training Bat.
Posted by Coach's Profile: at 9:12 AM