Youth Baseball Practices Don't Have To Be Long To Be Good

Back in the late 70's an old college professor of mine was fond of saying, "Don't confuse activity with accomplishment." Jump forward about eight years and imagine me observing a coach running practice for his Little League team. At the start of practice most of the 10, 11, and 12 year olds are very enthusiastic. As the practice progresses I notice only two forms of activity taking place. One has the head coach throwing batting practice, with each hitter getting 10 to 15 swings while each pitcher takes a turn throwing to the assistant coach as the others stand and watch. I, too, stand and watch and I don't know who is more bored-the players or me.
When I saw a member of the board of directors, I commented on how poorly I thought the practice had been run. The board member responded, "If you think you can do a better job, then volunteer to coach." (Me and my big mouth!) But I did just that. And my first practice, though planned differently, ended up being two tedious hours of batting practice and pitchers throwing on the sidelines. Exactly what I had been so critical of myself! After that first practice I told my wife that there must be a better way. Even though I had a master's degree in Phys. Ed from Arizona State University, baseball was the major sport I was least knowledgeable about.

So, I decided to research alternative practice methods. I observed a variety of teams during practice ranging from seven year olds to college level players. I noticed that the best practices were not necessarily the longest and that the most organized coaches wasted little time. On most of the drills every player was involved. It was amazing the way some coaches integrated fun and learning and how creative some of the drills and games were. I began to use some of these techniques with my team. After a little trial and error I was actually able to run a more effective practice in half the time.

To run a practice like this does take preparation, mostly at the beginning of the season. But coaches need not look at this as a chore. It can be as much fun for you as it is for the players.
The youth baseball coach, whether it's Babe Ruth League, Little League, or local Park and Recreation Dept., should make a list of drills at the beginning of the year that they are interested in trying. The idea is to be creative. When my oldest son was eight, I began a practice with a simple relay race, consisting of two lines of six players each. To put a baseball theme into the race, I had each player wear their glove and hold two baseballs in it. The learning benefit of this relay race was to teach kids the importance of squeezing the glove. Another year I was teaching players how to bunt. When the team took batting practice, I put one cone 10 feet directly in front of home plate and another cone 10 feet to the left of the plate. Each player gets two bunts before his regular swings. For each bunt that goes between the cones, the player earns two extra swings. This motivated the players to focus when they bunted. And, it worked!

If a coach plans five to seven drills of ten to twelve minutes in length for each practice, the players will be more attentive and less bored. Don't worry about players not liking certain drills. About a third through the season they will let you know which ones to weed out.

The youth baseball season is unlike any other season. Fathers sneak out of work early, families rarely eat dinner before 8:30 at night and the laundry room is active day and night. As parents and coaches, we should make practices more interesting and fun because during a typical youth baseball season, players spend as much or more time practicing than in actual games.
Be creative and have a great baseball season! 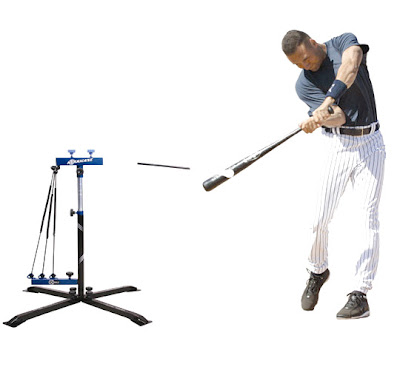