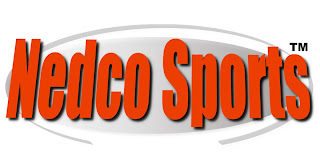 Sportsmanship is vital for prolonged success as an athlete. Success as an athlete is defined here as a lasting and positive impact on the sport participated in because of attitude and achievement. In this case, baseball. Sure, there have been players who have made an impact on the baseball world who were not necessarily good sports, however, it's a select few.

The point I'll arrive at with this article is that athletes today cannot afford the same misconduct on (and off) the field as they once could. Technology has transformed our world. It's made communication easier and much efficient. Proper conduct on and off the field must be modeled and emphasized in all baseball instruction for a variety of reasons explained later. Let me begin with a brief story to illustrate.

A couple weeks ago I received an email from a friend which contained a video clip of two baseball teams walking in their lines at the end of the game, slapping the opponents hands, congratulating the other team for a job well done. For the first five seconds of the clip I was wondering why my friend had sent the clip. Nothing seemed unusual, just a friendly exchange between teams after a game had concluded. Then I saw it. The punch was quick and came without any warning. As he was walking through the line, one player pulled back and threw a heavy punch at a player from the opposing team. The blow landed on his lip, requiring some stitches afterwards. After some harsh words and disbelief, the clip ends. I had to replay the tape several times to see if I could find anything that provoked the punch. Nothing. There may have been some issue during the game that led to this outburst, but the viewer of the video is not privileged with that information. Regardless, it was shocking, and totally uncalled for.

I'm sure this sort of thing has occurred countless times throughout the years, so what made this incident different? Simple. It was caught on film. And that is why positive sportsmanship is so much more important in today's technological society if an athlete is looking to be successful with his talents. Here's why.

1. Ease of transmission. Fifteen years ago, the same incident above would not have got the attention it has today. Why? Because the equipment and process involved to capture, upload, attach, and send a video clip didn't exist. Who is to say that the clip doesn't end up in the hands of a decision maker that will affect that particular athlete?

2. Baseball Mania. Not necessarily technology caused (though it has played some role here), baseball has become exceedingly more popular to play in the past ten years. More athletes are playing competitively around the world than even before in the history of baseball. This has allowed teams and organizations at the college and professional levels to be more selective in who makes the team and who doesn't. If you are a talented athlete but are bringing a lot of baggage with you, there will be hundreds of others just waiting for you to do something dumb so they can take your place.

Remember, you never know who is watching. Use opportunities during your baseball instruction to work on shaping your athletes into productive players who will leave a positive print on the game of baseball when they are through.

If you'd like to view the video mentioned above, you can see it at Nate's blog at http://bmibaseball.com/blog/mental-training/warning-unsportsmanlike-conduct-penalty

Nate Barnett is owner of BMI Baseball http://bmibaseball.com and is based out of Washington State. His expertise is in the area of hitting, pitching, and mental training. Coach Barnett's passion is working with youth in helping expand their vision for their baseball future. After finishing a professional career in the Seattle Mariners Organization, Nate pursued his coaching and motivational training career. His instructional blog is located at http://bmibaseball.com/blog

His new FREE ebook, Toxic Baseball: Are you polluting your game? can be found on the main BMI Baseball website.

Hitting 101, an ebook on complete hitting mechanics will be released by June 1st, 2008. Features include numerous illustrations, video clips, and a special offer to discuss your hitting questions over live on the phone strategy sessions.

Buy Nedco Sports Training Equipment at Baseball2u.com.
Posted by Coach's Profile: at 3:57 AM