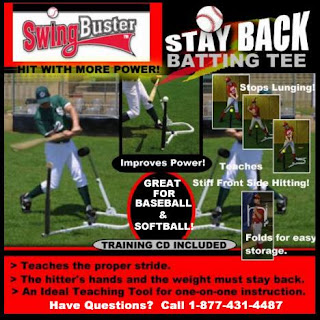 1) Always hustle and run everything out and never assume anything when you are running the bases.

2) On a game winning base hit, always advance to and touch the next bag.

Coaching Baseball Base running: The stories of two base running mistakes that teach a lesson

It was a high school game. The home team was batting, down 3-1, with bases loaded and two outs. The #6 hitter, with average speed was at third, #9 hitter, a fast runner, was on 2nd and lead-off hitter, a super speedster, was on 1st. The count was 3-2, with bases loaded and all three runners were moving on the pitch. The #2 batter was the batting for the team trailing by two runs. He was expecting a fastball on the outer half of the plate that and he got "all of it"! He ripped a hard line drive right at the second baseman. The second baseman leaped into the air and the ball hit his glove. The batter seeing the ball go into the glove immediately slumped in disappointment about a 3rd of the way to first. He goes down to his knees with his face in his hands. He was basically "feeling sorry for himself". In the meanwhile, he was unaware that the ball went completely through the webbing of the glove of the second baseman and landed 15 feet behind the fielder. The second baseman had to go get the ball and make the throw to first for the out. The second baseman was quick as a cat so it did not take long. The batter realized what had happened, tried to beat out the throw, but was out by a step at first base.

However, if the batter had he been running, he would have been easily safe at first. The saddest fact of all is that the runners on 3rd and 2nd scored easily what would have been the two tying runs. Plus, the runner at 1st, the super speedster, crossed the plate during the play to score what was the winning run. But, the team lost the game. If the batter had simply run the ball out, his team would have won the game. A hard lesson learned and one that will never be forgotten.

The Great Base running Mistake in Baseball History

The following is the story of what is commonly called Merkle's Boner. It is the most costly mistake ever made by a baseball player running the bases. It happened in September of 1908, in NY City. The Cubs were facing the Giants with the pennant on the line. Each and every game was a must-win situation. The score was tied 1-1, in the bottom of the 9th inning; the Giants had runners on the corners with two outs. Fred Merkle, a 19 year-old rookie, was the runner on first. The next batter lined a single. The runner at third came home. It appeared to be a Giants victory, they had won the game and taken the lead for the pennant, and the cheering fans swarmed the field.

Merkle looked toward home plate and saw his teammate cross the plate. Merkle was startled as he saw the huge crowd pour out of the stands and onto the field. In his excitement, he simply stopped half-way to 2nd base. Thinking the game was over, Merkle sprinted off the field. But, he had forgotten an important rule of baseball; he did not go touch second. With him on first, there was a force out at second if the defense can get the ball to second base before he touches second base. The Cubs retrieved the ball, went and touched second. The game was declared at tie because order could not be restored because the fans could not be removed from the field. The two teams went on to finish the season in a dead tie for the pennant. They had to play a one-game playoff. The Cubs won and went to the World Series. One loss, the loss, that day knocked the Giants out!

Merkle was never forgiven by the NY fans for that blunder. He went on to have a solid career of 14 years and a lifetime average of 273. However, everywhere he went he always was reminded by fans of his terrible mistake on that day of his rookie season. This is a major league mistake that will always be called, Merkles Boner.
I hope these two stories are useful to you. I appreciate your interest and you taking the time to read my writing.

The CoachesBest Baseball Store has a great selection of BASEBALL HITTING, COACHING and TRAINING DVDs. Check out BaseballCoachingDigest.com for more great articles on coaching baseball.

StayBackTee.com - The Batting Tee for the Perfect Baseball Swing.
Posted by Coach's Profile: at 4:04 AM