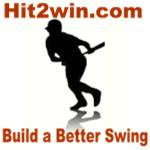 When you think of "Professional Courtesies," especially unspoken ones, you may immediately think about how Japanese bow to one another, or not interrupting the Boss, even when they're totally wrong. The list would go on and on if you thought about it hard enough, but most likely it'd be geared towards the business world. Did you know Baseball also has unspoken professional courtesies which are displayed between baseball people.

One such unspoken courtesy exists between a catcher and the plate umpire. Should a foul tip or a wild pitch hit the umpire, acutely injuring him for an instance, the catcher will ask for time, usually from a base umpire if possible, and take a trip to the mound to confer with his pitcher.

The catcher has no pearls of wisdom to discuss with the pitcher, he is just professionally delaying the game in order to allow the umpire to overcome the stinger he took from the baseball. The diversion the catcher creates by going to the mound allows the umpire to save face and not delay the game due to his own injury time out and doesn't make him appear to be a wimp.

Another unspoken courtesy is between the pitcher and the batter who follows him in the line-up. If the pitcher makes an out, especially if he had to run to first base, and definitely if there are now 2 outs, the next batter will intentionally take more time going to the batters box and delaying before getting in it and getting set.

The purpose? The pitcher is paid to pitch and to that end he devotes every bit of energy he can during the game. Unlike fielders who make an out, take the field after 3 outs and rest and wait until play begins again, the pitcher immediately goes to work.

The delay the batter gives him is intended to afford him time to rest a bit, get a drink of water and refocus his mind back to his pitching duties. Unless the hitter takes an extraordinary amount of extra time, the umpire will not force play to begin realizing what is actually going on.

In baseball there are times and situations which accidentally blends professional courtesy with superstition, which ball players are notoriously guilty of being. One such issue is mentioning or talking about a pitcher in the process of throwing a perfect game. It just isn't done! Not on the field and especially not in the dugout, whether the pitcher is in the dugout or on the field.

Then, the real menace displays itself, superstition, the fear that the baseball gods will hear what's going on and go out of their way to prevent a perfect game.

So the next time you notice something just a little bit out of the ordinary happening on the baseball diamond, check it out to see if an unspoken professional courtesy is being performed.

Jim Bain, former Minor league baseball player, who since retiring has dedicated his life to teaching baseball to youth, shares his advice on pitching baseball drills on his exciting info packed website: http://www.learn-youth-baseball-coaching.com