One of the more challenging obstacles for a brand new baseball coach is one of the very first issue he'll be required to address, baseball practice. When, Where, and How are all questions which scream for immediate attention, and can drive a new coach to the brink quickly if he lets it.

Naturally, drawing on one's own experiences is the first pool of assets in which to start putting together a practice schedule and program of drills. If your experience is limited, then draw from your coaches' advise, but think very, very hard before asking another coach.

Little leagues are notorious for being a gossip mill, and you really don't need the tongues wagging about "how you took a team and don't even know where to start." It's nobody's business, unless you're a pedophile, why you decided to coach.

With that in mind and the fact I'm all about coaching and helping others coach, I'm going to draw out a sample practice schedule guide for you to use, refer to, or throw away.

Bear in mind, practice is important throughout the season, but particularly important prior to the season starting. This is where the building blocks are laid out on which you'll build your team's skill as the season progresses and they acquire more actual game situation experience. So you'll practice more before the season than during.

I always laid out a 3 day, Monday, Wednesday and Friday practice schedule, trying to stay away from weekends for the benefit of my parents. However, if bad weather reduces practices, don't hesitate to schedule Saturday and Sunday practices.

1. Players warm up by stretching and playing catch. Do not allow the players to throw long toss until the third or fourth practice, although their arms are young, injury can still occur from "Too Much...Too Soon."

2. Infield: Position all players at an infield positions. You'll obviously see that certain players will not be suited for infield play, but it's wise for players to be exposed to different positions in the event they are forced into playing the position for some unforeseen reason.

Hit ground balls to each, (at least 4 each) having them throw to first, where the ball will be relayed to your catcher, who will flip the ball to you to hit again.

3. Batting Practice: Have the players scatter to fielding positions, the catcher will catch BP in full gear, have 1 batter hit while another stands on deck.
I strongly suggest a coach throw batting practice for control purposes.

Have each batter hit 10 hits and end with putting down a bunt. Continue to rotate batters and player on deck until all players have hit. Hopefully you'll have two catchers, who will hit then rotate to catch, getting hitting and catching experience.

1. Always begin practice with stretching and playing catch, long toss after a couple of practices.

2. Outfield: Position a player at each base, one you will probably have playing that position, and have a catcher with you. Have the remaining players scatter throughout the outfield.

Rotating, hit fly balls to the fielders and have them throw to a base, again, on a rotating basis. Have that infielder throw the ball home to the catcher.
Hit at least three fly balls to each outfielder.

1. Regular warm up routine, your players should be accustomed to the drill and automatically begin throwing as they arrive.

2. Place players at designated positions where you think they will be playing during the season. Never hesitate to switch or change positions and players, but you must start somewhere.

3. One coach hits infield practice, while another hits fly balls to the outfielders. All balls hit should be hit hard and not right at the player, as you are trying to push them into game condition.

4. Friday was always a new skill day. We would teach running, stealing, lead offs, there's a 100 different subjects to disgust. This is done with the entire team participating.

This is a very simple, yet effective practice schedule and routine, which of course you'll modify as the team's skill level grows. It addresses the basics of avoiding injury, fielding skills, both ground balls and fly balls and hitting.

Begin the season with good practices similar to these and you'll have a good year with your youth team. 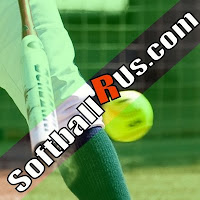